News and articles of interest:

5th of October (ManifoldTimes): ISO 8217:2017 should be viewed as a ‘minimum performance benchmark’ for VLSFOs. Read more here

5th of May (Ship&Bunker) Covid-19 pandemic may accelerate digitalization of the Bunker Industry. Read more here

9th of December 2019
(Safety4Sea) The ISO Working Group issued a statement reassuring the industry that the general requirements of ISO 8217:2017, along with the characteristics included in Table 1 and 2 of ISO 8217: 2017, cover 2020 0.5% max. sulphur fuels in the same way as they cover today’s fuels including the 0.10% max. sulphur fuels. Read more here

1st of November 2019
(Ship&Bunker) Calorific value of bunkers may be just as important as price. Read more here

15th of October 2019
(Ship&Bunker) Inter-Pacific has lost its bunker operating license in Singapore due to tampering with Mass Flow Meters. Read more here

29th of August 2019
(Ship&Bunker) $3 million fines for breaking sulphur regulartions in the US. Read more here

19th of August 2019
(Ship&Bunker) Bunker suppliers are likely to “over clean” dirty tanks prior to 2020 until the relative demand for HSFO and compliant fuel is established. Read more here

25th of February 2019
(Ship & Bunker) MFS in the news: Get prepared for an increase in fuel quality problems post-2020 market. Read more here

21st of February 2019
(S&P Global Platts) AP Moller-Maersk, the largest consumer of marine fuel in the world, has reduced its bunker consumption per container carried to the lowest level in at least six years. Read more here

14th of February 2019
(Manifold Times) Contaminated marine fuel remains to be one of the biggest hurdles facing the bunkering industry in 2018 and this trend will likely continue beyond 2020. Read more here

27th of December 2018
(Argus) Lack of clarity persists for marine fuel specification plans after January 2020, even as the industry is now one year away from implementing the International Maritime Organization’s (IMO) global marine fuel sulphur cap of 0.5%. Read more here

30th of November 2018
(Manifold Times) To GCMS, or not to GCMS – why does results take so much time? Read more here

12th of September 2018
(BIMCO) Is your charter party ready for 2020? Who picks up the fine is the fuel is not compliant? Read more here

2nd of August 2018
(Bloomberg) Oil refineries are starting to eradicate stockpiles of sulfur-rich fuel that powers the merchant fleet in anticipation of a demand collapse in fewer than 18 months. Read more here

13th of July 2018
(qCaptain) IMO’s 2020 Sulphur Cap Seen Ushering In New Era of Slow-Steaming. If you happen to be at the beach this summer, make a mental note of any giant freighters crossing the horizon. In a few years’ time those same ships will probably be moving just a fraction slower. Read more here

22nd of June 2018
(Ship&Bunker) Recent external contamination of bunkers delivered in the USG area, once again, questions the integrity of the whole supply chain for marine fuels. The initial cases were reported to FOBAS at the beginning of April which lead to the issuance of bunker alerts on April 25th 2018. Read more here

15th of May 2018
(Oxford University) Maersk, the world’s largest ship operating company, estimating it is defrauded of 1.5% of its $7 billion annual spend of fuel. The $150 billion ship fuel (bunkering) industry still uses largely manual methods for determining the transfer of fuel from the bunkering barge to the receiving ship. These techniques are prone to error and potential fraud. Read more here

10th of May 2018
SINGAPORE (Reuters) – A Singapore marine fuel supplier and three executives have been charged with cheating as part of a government crackdown on short deliveries of fuel to vessels in the world’s largest bunkering hub. Read more here

2nd of May 2018
SINGAPORE (Reuters) – Marine fuel services group Transocean Oil has lost its licences to operate in Singapore, making it the third provider this year to have its licences revoked amid a crackdown on short deliveries to bunker fuel customers. Read more here

30th of April 2018
IBIA’s best practice for suppliers to form basis for developing IMO guidance: The first edition of IBIA’s “Best practice guidance for suppliers for assuring the quality of bunkers delivered to ships” was welcomed by the 72nd session of the IMO’s Marine Environment Protection Committee (MEPC 72) last week, where it was agreed that it would be a good basis for the development of IMO guidance. Read more here

22th of April 2018
(Ship&Bunker) IMO 2020 – Less sulphur more risk of engine damage? There has long been a history of engine damage caused by excessive levels of cat fines (aluminium and silicon) in marine residual fuel oils. The number of instances increased at the end of the last decade and at the same time low sulphur fuels became more wide-spread. Read more here

20th of April 2018
(IMO) At this week’s Marine Environment Protection Committee (MEPC) meeting in London, IMO member states moved towards banning the use of heavy fuel oil in the Arctic. Eight states and a range of NGOs proposed the ban as a means of limiting harm to the Arctic marine environment in the event of a spill. Read more here

13th of April 2018
UN body adopts climate change strategy for shipping: Nations meeting at the United Nations International Maritime Organization (IMO) in London have adopted an initial strategy on the reduction of greenhouse gas emissions from ships, setting out a vision to reduce GHG emissions from international shipping and phase them out, as soon as possible in this century. Read more here

1st of April 2018
The International Maritime Organization (IMO) is standing its ground on the implementation of the 2020 Sulfur Cap having reaffirmed its position that there is no turning back with regard to the implementation date. Read more here

15th of March 2018
(World Maritime News) 2020 Sulphur Cap: Maersk Is Not on the Scrubber Team. The IMO’s 0.5 sulphur cap on marine fuel set to enter into force in 2020 has caused numerous headaches to shipowners as they start to prepare for compliance of their fleets with the new regulations. Read more here

12th of February 2018
The International Maritime Organization (IMO) is standing its ground on the enforcement of the 2020 sulfur cap, which means that as of January 1, 2020, ships will be banned from burning any marine fuel with a sulfur content above 0.5 pct. Read more here

15th of January 2018
We are pleased to announce that we have moved to new premisis at the following address: Lysaker Torg 8, 1366 Lysaker, Norway. Feel free to pop in for a visit if you are in the neighbourhood.

28th of December 2017
(Marinelog) Planning a scrubber retrofit? Here’s what you need to know

30th of October 2017
We are pleased to announce that: Mr. Bjørn Kløgetvedt recently joined our team and assumed the position of  Senior Partner and Advisor in Risk Management and Marine Fuel Procurement. Mr. Kløgetvedt brings a wealth of knowledge with more than 30 years of operational and managerial experience from energy markets, shipping and financial products. Read more here

16th of October 2017
Proposal to ban carriage of high sulphur fuel ships without scrubbers to be discussed at IMO. Read more here

20th of October 2016
An important milestone on the road to controlling greenhouse gas emissions from international shipping has been achieved with the adoption of new mandatory requirements by the industry’s regulatory authority, the International Maritime Organization (IMO). Read more here

28th of October 2016
In a landmark decision for both the environment and human health, 1 January 2020 has been set as the implementation date for a significant reduction in the sulphur content of the fuel oil used by ships. The decision to implement a global sulphur limit of 0.50% m/m (mass/mass) in 2020 was taken by the International Maritime Organization (IMO), the regulatory authority for international shipping, during its Marine Environment Protection Committee (MEPC), meeting for its 70th session in London. Read more here 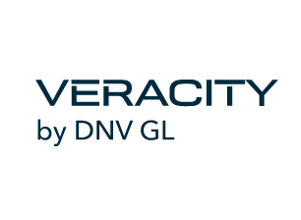 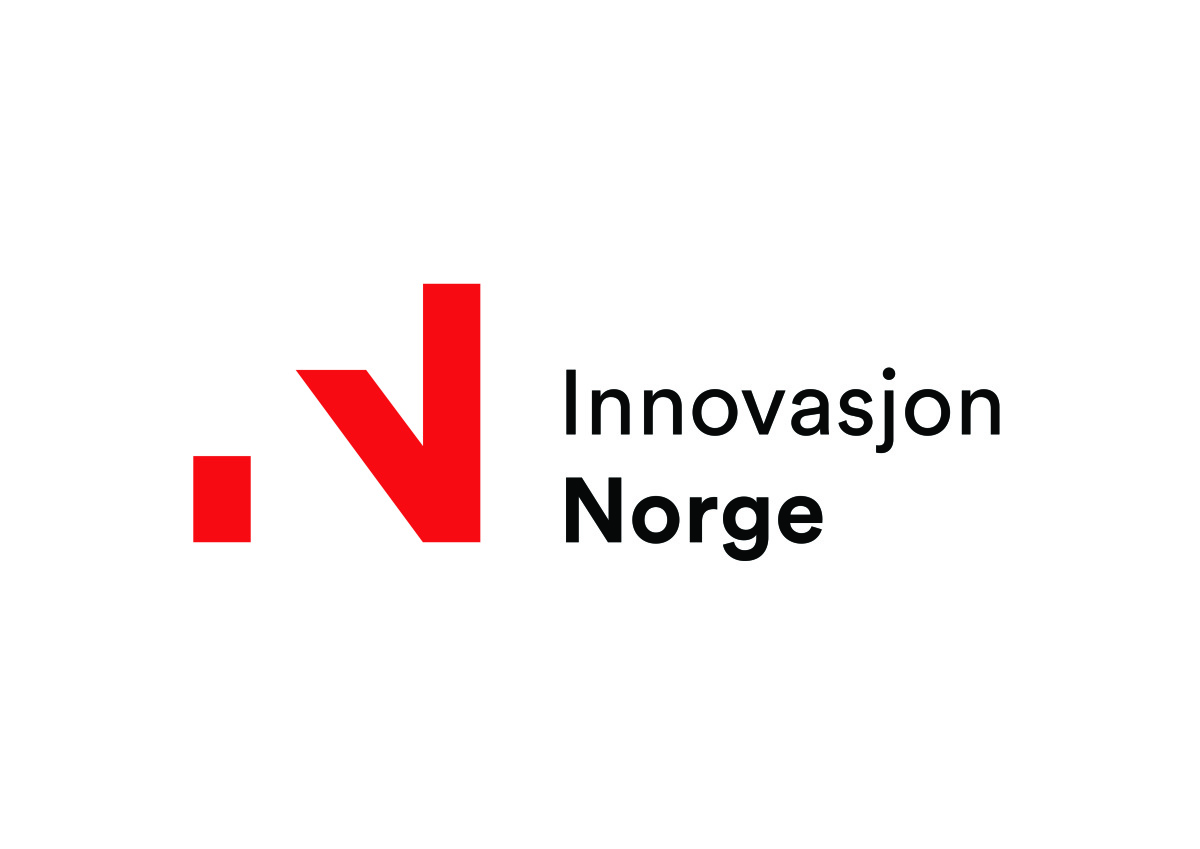 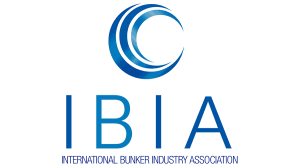 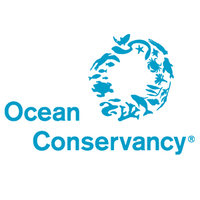